|In Media Reports
|By Administrator
×Scan to share with WeChat

Graduate: Studies ‘most fulfilling I ever had’

I always dreamed of studying in the US, but my family was unable to support my four-year undergraduate studies there. So I compromised by attending this cooperative Sino-US university in China.

My parents were worried that, because the first class of a university that hadn’t established its reputation, I may encounter difficulty in landing a job after graduation. But I decided to take the chance and give it a try.

I still remember the first several days, when I couldn’t understand most of the lessons given by the professors all using English. Fortunately, the language barrier was overcome after I was immersed in the all-English teaching environment for a semester.

Things became more fun after I could communicate with my professors smoothly. The teaching methods professors employed are very practical, with a strong focus on developing our ability to study and work independently.

For example, in a class about computer games, the professor asked us to note our thinking and feelings about the games. Then the professor divided us into several groups based on our answers and assigned different homework to each group.

The homework was in fact a project, and the professor gave us the necessary guidance and assistance during the whole process to ensure that the project could be completed. It’s really a rewarding process.

The professor also encouraged us to present our findings at academic conferences, including at some international ones. Such experiences made my academic background look stronger and contributed to my successful application for graduate studies in the US.

I remember that I came to Wenzhou-Kean with doubts and concerns four years ago. Now looking back, it was the most fulfilling and creative period I ever had.

Wang Yongfu, who was among the first cohort graduating from Wenzhou-Kean University in May, was accepted by a computer science Master’s degree program at Northwestern University in the United States. 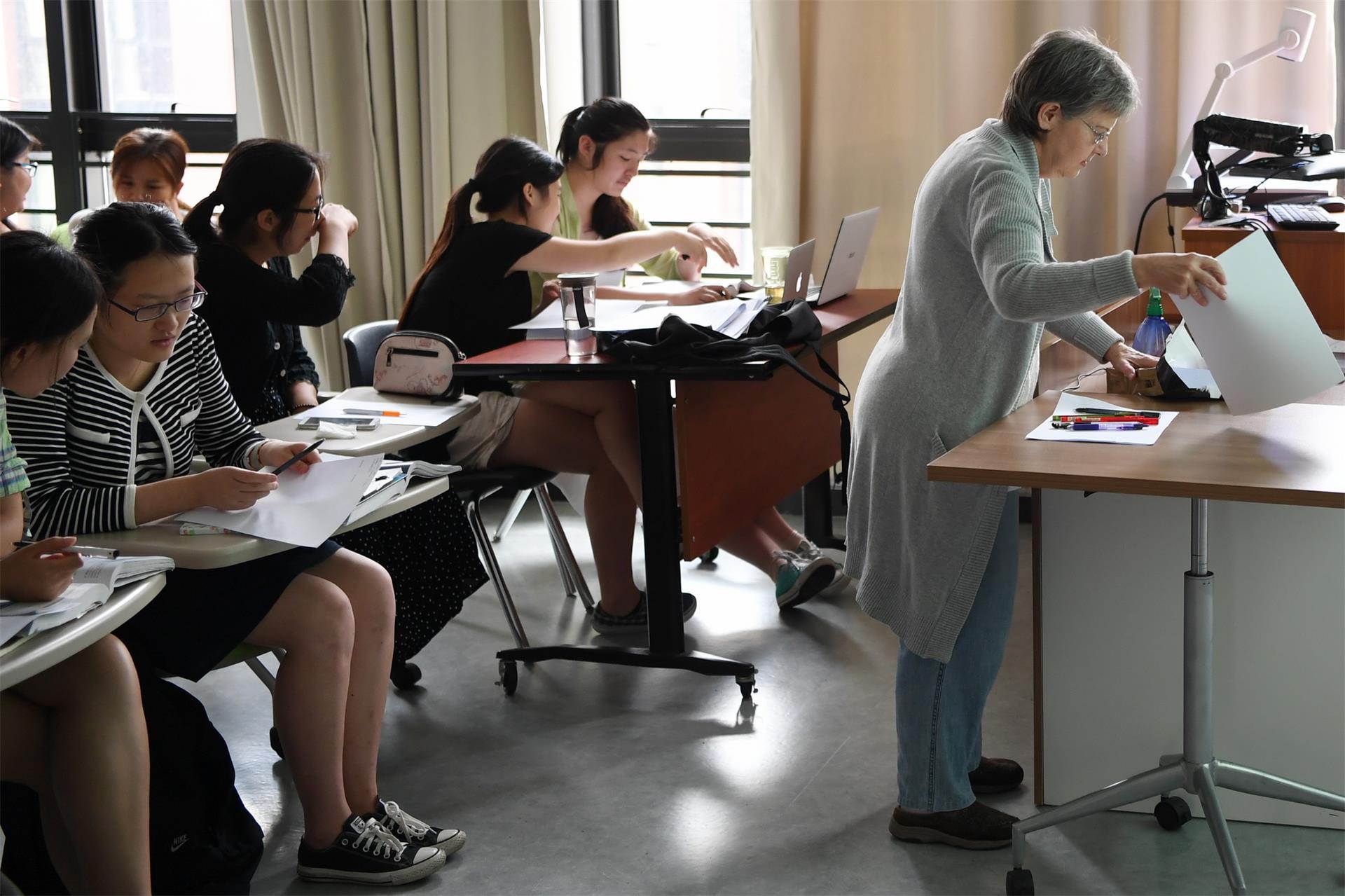 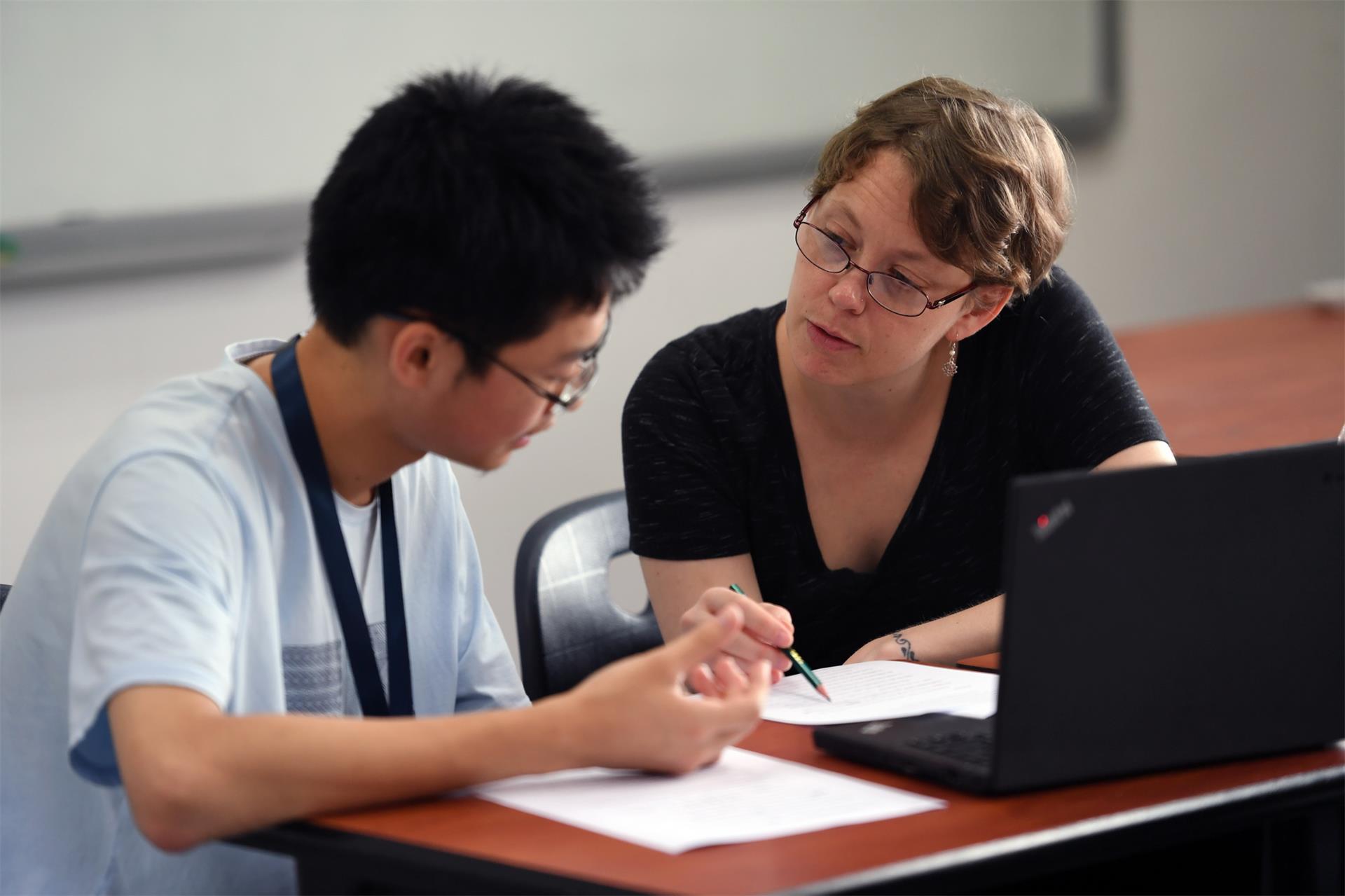 Stacey Duff had no idea what to expect when he came to teach at Wenzhou-Kean University in 2014.

However, after teaching at the cooperative Sino-US university for two years, the former art critic and journalist at a Beijing magazine said he felt more than satisfied about his current life and work at the joint venture.

“I’m happy when I wake up in the morning and then come to work here every day,” said Duff, who hails from the United States. “I think I have a great job.”

Before transferring to prosperous Wenzhou, Zhejiang province, Duff, who earned his degree in creative writing and poetry from Brown University in the US, had worked in Beijing for 10 years, interviewing artists and painters.

When he was informed of the opportunity to work at the university, Duff, who had taught at universities in Beijing and Tianjin, believed that it was a chance to reconnect with the US education system.

“I enjoyed teaching,” he said.

Although it was difficult to leave Beijing, where there’s a lot of resource in terms of art, Duff said he was willing to go and see other parts of China.

During the past two years, Duff taught courses of English writing and art history. He took students to local galleries and shows, and helped them organize events surrounding topics like autism and ended up learning a lot from the students.

“Something that impresses me about our students is that they have their own ideas, work really hard, work well together and make things happen,” he said, adding that the students are very inspirational.

He has finished his first book of poetry and is working on his next book.
“I feel very creative here, for the landscape, the professors I work with and the students.” 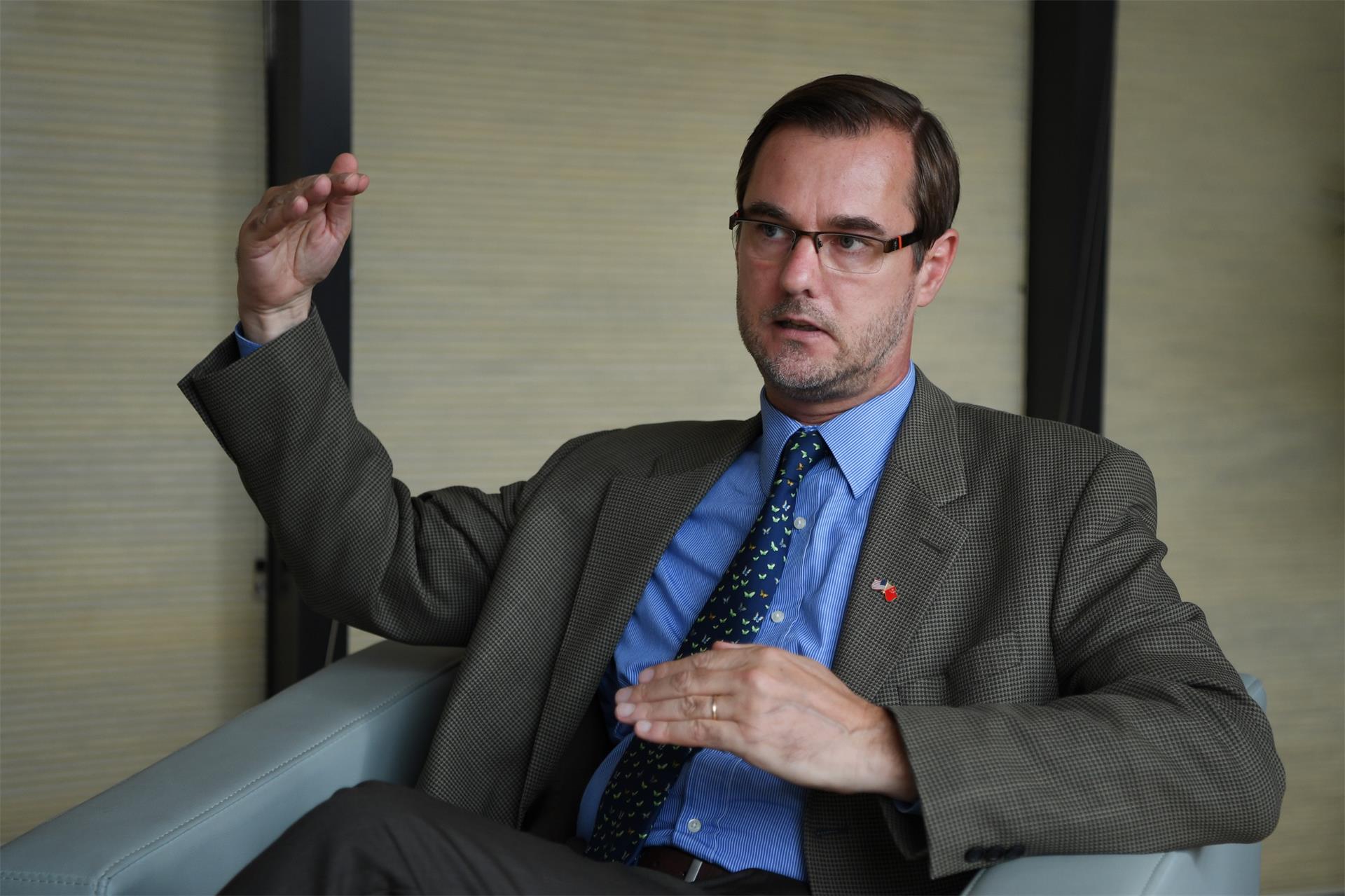 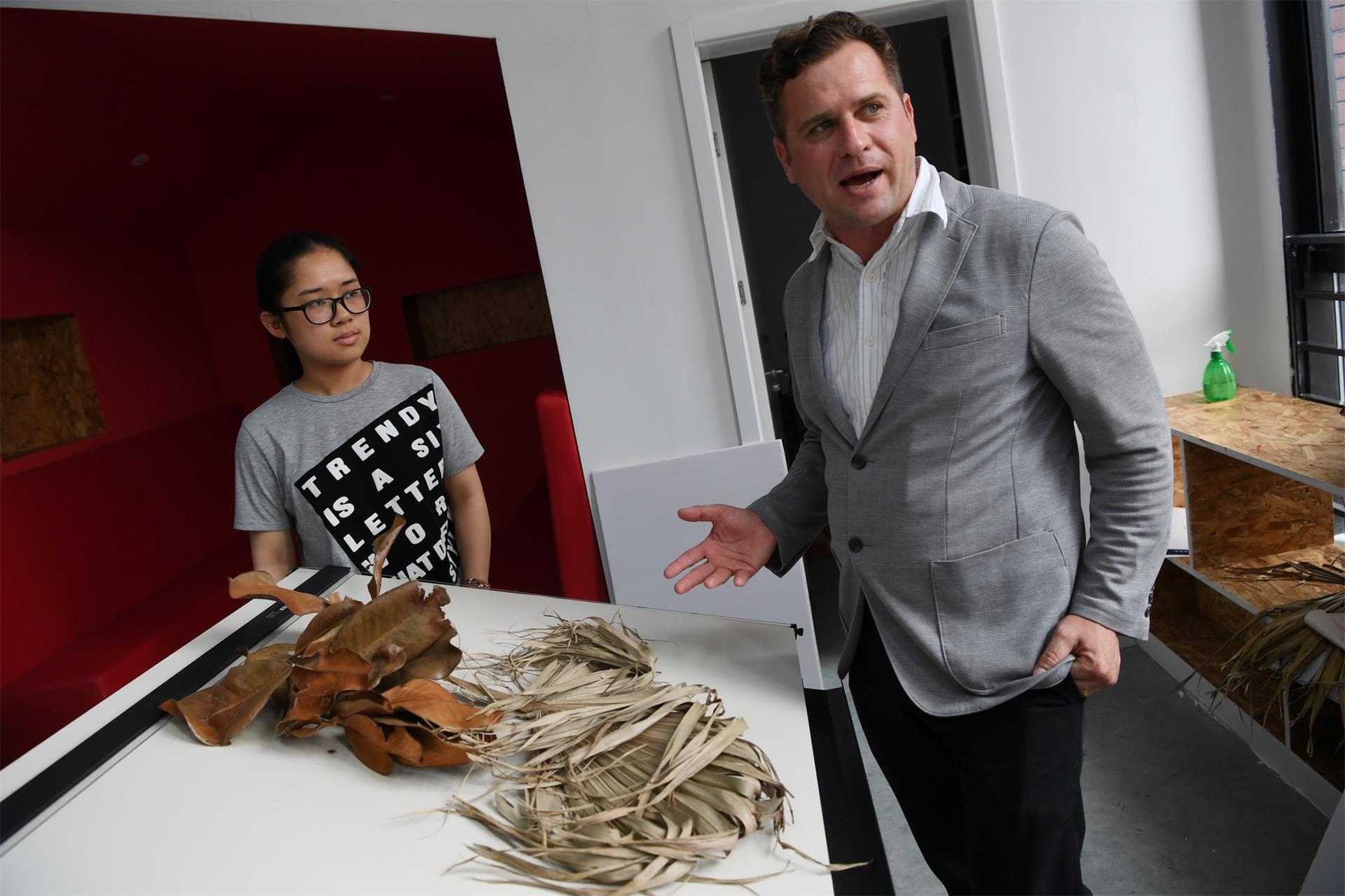 Editor’s Note: China Daily is publishing a series of reports on universities jointly established by education institutions from China and overseas. As the colleges get busy with recruitment, our reporters visited them to talk with principals, teachers and students.

The first cohort did very well, Connelly said, and two-thirds of the group of 187 chose to continue their graduate studies overseas, with some being accepted by excellent schools, including Columbia University in New York City and the University of Pennsylvania in Philadelphia.

“It was overwhelming as I sat on the platform, watching the students I met when they first came four years ago,” Connelly said, recalling the first commencement held in late May.

“I was really in awe of the chance the students took,” he said, referring to their applications to the young school with little idea of what the future would hold.

Officially established in 2014 by Wenzhou University in Zhejiang province and Kean University in the United States, the joint venture is a youngster among the seven Western-style schools currently operating in China.

Recruitment started in 2012, before the official launch. Construction of the campus, which is expected to cover 200 hectares, is still ongoing.

To accelerate approval, development and management of the university, Connelly has paid visits between US and China as many as 35 times since 2005. He said that many Chinese education officials he talked to thought the venture was an effort to change the Chinese education system.

“But every single time I had the opportunity, I said, ‘No－what we are trying to do is to introduce a very different way of learning into China’. ”

Holger Henke, vice-chancellor in charge of academic affairs at Wenzhou-Kean, said the university has three competitive advantages. Apart from its all-English environment and an international atmosphere, original curriculum introduced from the US, along with American approaches to teaching, are of great appeal to applicants.

Henke said the curriculum, together with the pedagogy, are used to help students become critical thinkers, lifelong learners and people with the ability to do research, collect information and evaluate the quality of that information.

In the last year or two, the university has enrolled students who scored fairly high on the gaokao, the national college entrance exam, which “is an indication that students and their parents are recognizing our strengths and seeing the value in coming to this China-US cooperative institution”, Henke said.

The university currently has about 1,600 students. The 2020 goal is 3,500.
“We will have a bigger proportion of international students,” Henke said. “That will help us create a more English language feeling on campus.” 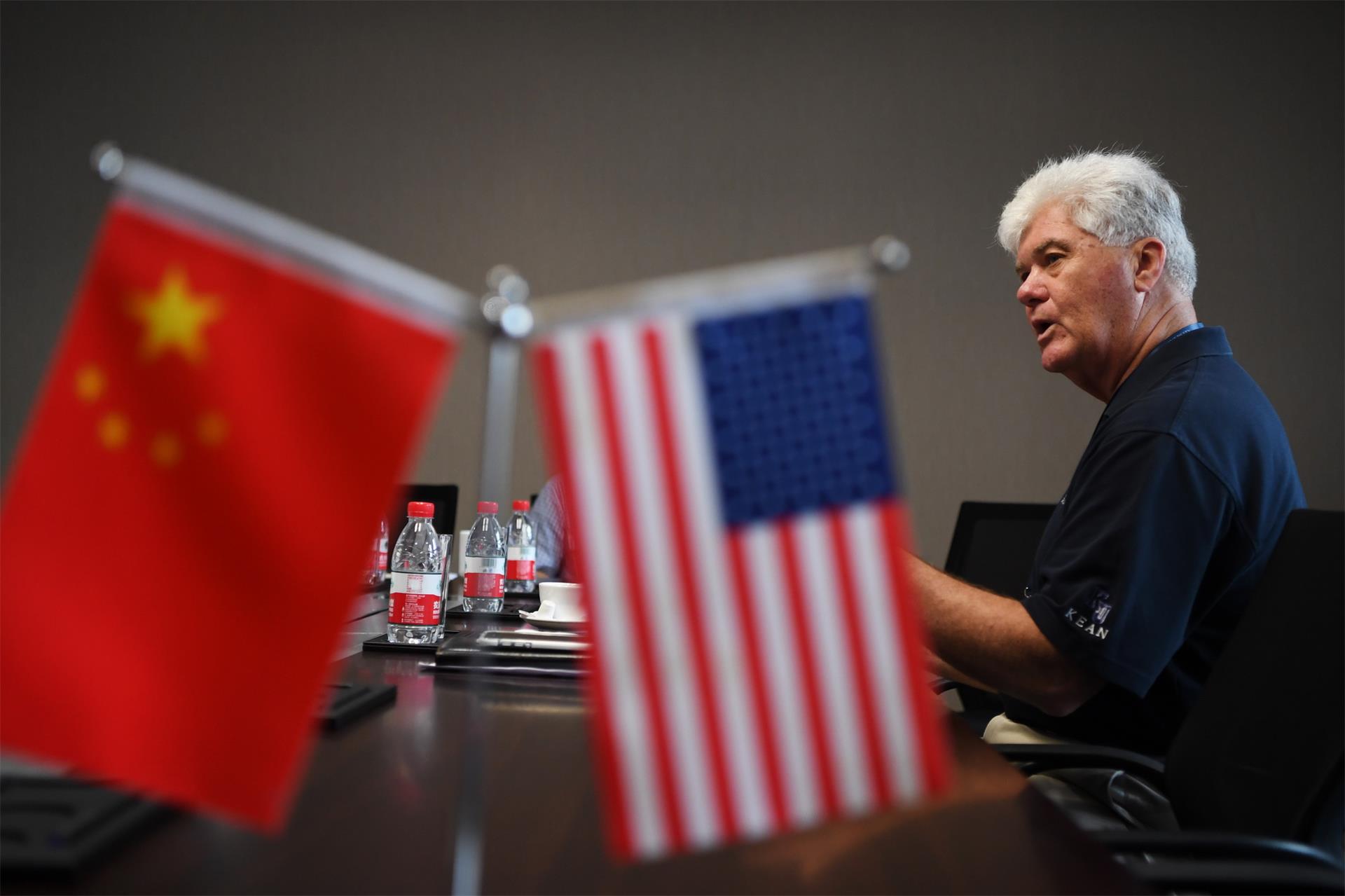 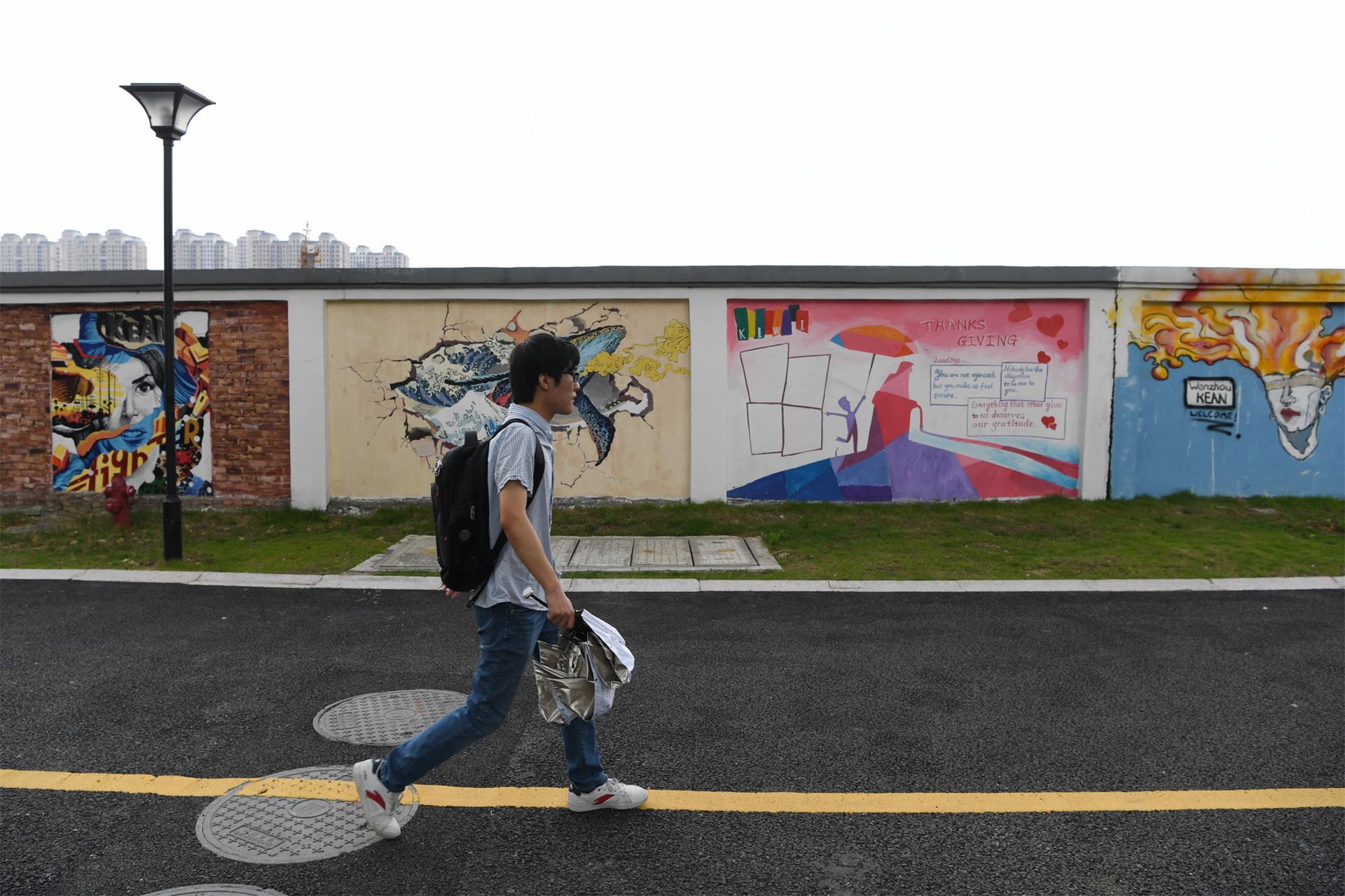 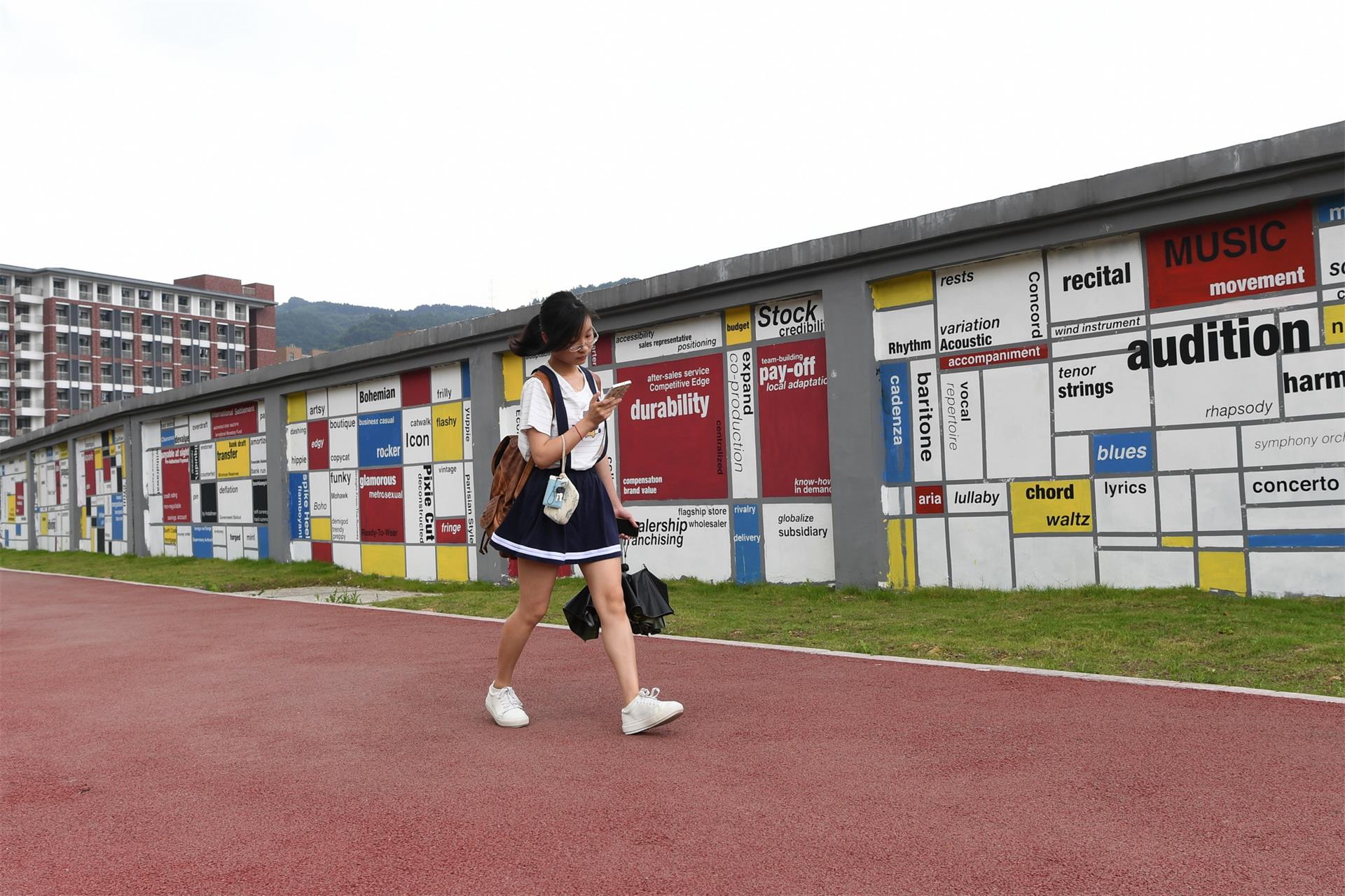