|In Faculty, CST
|By Chenyan Zhou
×Scan to share with WeChat 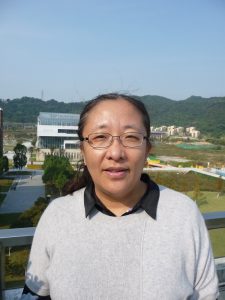 Dr. Tang had worked in the Hong Kong Polytechnic University for over eight years as research assistant, project associate and lecturer. During 2006 to 2007, she was appointed as a lecture for PolyU’s joint master program with Xi’an Jiao Tong University.
She joined Wenzhou-Kean University as one of the founders of its Computer Science department in September 2012. Over the years, she had supervised teams of students to win two Microsoft China’s national competitions in 2014. In May 2015, she co-founded Wenzhou-Kean Autism Research Center (now named: Innovative Technology for Autism Research Center). Till now, together with Dr. Pinata Winoto, her team had published a total of 26 book chapters, journal and conference papers related to innovative technology for autism, including in such international premier conferences as ACM CHI’2015, ACM CSCW’2015, ACM Ubicomp 2015, 2018, ACM IDC’ 2017, etc.
In summer 2017, at ACM IDC’ 2017, her presentation on emotion reading by and for children with autism received much attention and was later reported in the prestigious science magazine ‘Science’ on Jan. 3 (https://www.nature.com/articles/d41586-017-08968-x). The research was made available to all ACM members worldwide as ACM TechNews on Jan. 5 (https://technews.acm.org/archives.cfm?fo=2018-01-jan/jan-05-2018.html). In July 2018, Dr. Tang accepted another world premier science and technology news outlet, New Scientist’s interview request for another research project on developing assistive technology for children with autism.
She now co-directs a joint research project on artificial intelligence for automatic behavioral and emotion analysis for children with autism with the Hong Kong Polytechnic University supported by the Zhejiang Natural Science Foundation.
Dr. Tang’s most recent research interests include affective computing and computational sensing on autism, sensing and wearable technologies for human computer/robot interaction, human-factored recommendation systems, assistive and wearable technology for special education, data mining and artificial intelligence in education.

Engaging Chinese Children with Autism to Interact with Portable Hand- and Finger-Gesture Based Applications: Experiment and Reflections

Helping Neuro-typical Individuals to “Read” the Emotion of Children with Autism Spectrum Disorder: an Internet-of-Things Approach

I should not recommend it to you even if you will like it: the ethics of recommender systems

On Modeling the Evolving Emotion on Literature

“One Doesn’t Fit All”: A Comparative Study of Various Finger Gesture Interaction Methods

The Effect of Emotion in an Ultimatum Game: The Bio-Feedback Evidence

The Negative Effects of ‘Too Accurate’ Recommendation Results: A Pilot Study of the Effects of Search Engine Overuse on Chinese Students

“The Sum of All Our Feelings!”: Sentimental Analysis on Chinese Autism Sites